OK, the crypto market is down—a lot. I’m not going to mince words with you either … The fact is the price of Bitcoin crashed.

And it keeps sinking.

As profits turn to losses, everyone is seeking answers. 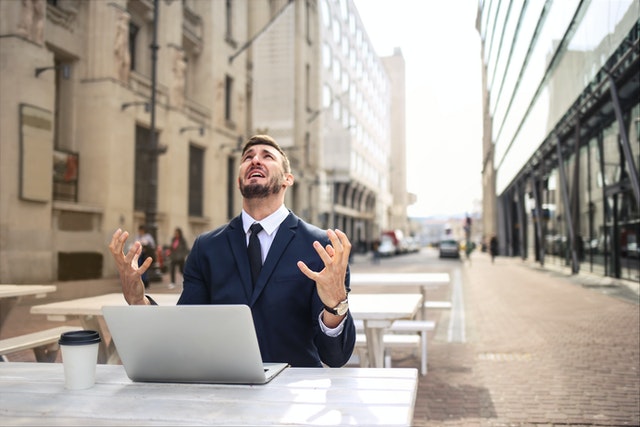 Photo by Andrea Piacquadio from Pexels

Where’s the bottom? Is Bitcoin dead? How long will this bear market last?

While no one can answer those questions with 100% certainty we can learn a lot by looking at the past.

First, you need to have the right perspective…

Historically, you can make about 10% per year on average buying and holding a fund like SPY that tracks the S&P 500.

But those returns don’t happen in a smooth line. 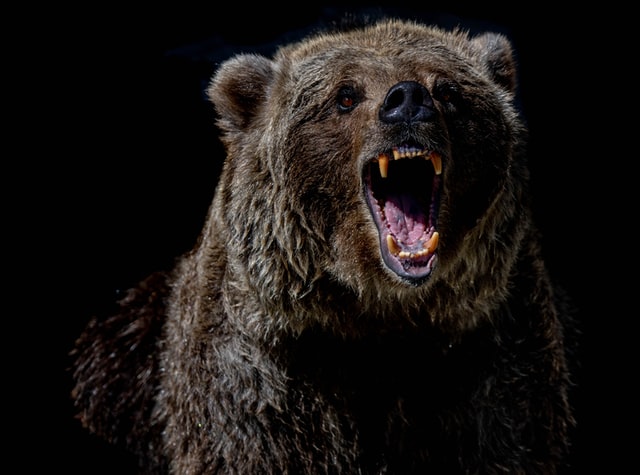 Photo by mana5280 on Unsplash

How does Bitcoin compare?

Is this time worse?

At writing, bitcoin has fallen as much as 75%. So it’s reasonable to assume there could be more pain ahead.

So let’s turn back the clock and review the history of bitcoin and its crashes.

Before the Crash—Bitcoin’s First Bull Market

Bitcoin came into existence in early 2009. At the time, few knew about or could own it.

In May 2010, a transaction assigned a value to the cryptocurrency…

The value of those pizzas, according to Forbes, was about $41.

That transaction valued each bitcoin at just $0.0041 each—less than half a penny.

Fast forward 13 months … Bitcoin’s popularity grew, and so did its price. Bitcoin’s first major bull run came to end in June 2011 when the price peaked near $30.

But that price didn’t last.

After peaking in June, the price collapsed. Five months later, in November 2011, you could buy a bitcoin for just $2.

Wired magazine wrote an article titled “The Rise And Fall Of Bitcoin.” They called the cryptocurrency “a pyramid scheme.”

But the pundits were wrong. Bitcoin didn’t die.

20 months later, in February 2013, Bitcoin exploded higher. I smashed through the old high near $30 and reached a new peak of $214 in April.

That peak of Bitcoin’s second major bull market was 613% higher than the previous peak of $30.

But that price didn’t last either.

Bitcoin crashed again. This time it fell to $71—a 67% collapse in three months. It’s worth noting that the low of the 2nd crash was more than twice the high of the first bull run.

Once again prices didn’t stay down…

And then, once again, bitcoin crashed.

Bitcoin would make new high again for over three years. The rut is still the longest on record.

But it didn’t last…

After falling to $172, Bitcoin was ready for primetime.

In January, it smashed through the previous peak of $1,135 eventually peaking at $20,000 in mid-December.

12 months later, in December of 2018, bitcoin’s price reached another bottom. This time the bottom was just over $3,000.

And that is where the data ends.

We don’t know when this current bear market will bottom out.

But we can crunch the numbers and draw some conclusions. Here’s what we came up with based on the four previous bull runs and subsequent crashes.

I want to answer two questions with the data.

First, let’s look at the price…

During the previous crashes, the price fell between 67% and 93%, with an average decline of 82%.

Here’s a chart showing the average as the target. And the range that shows the worst-case history has to offer.

Next, the question of when…

The bottom of each of the previous bitcoin crashes came between 3 and 14 months after the peak. On average, it took 9 months for each crash to reach its respective bottom.

With history as a guide, we can expect the carnage to end by January 2023 at the latest. If this crash is average, look for a bottom in August of this year.

After reaching the end of a bull run, It’s taken anywhere from 7 months to over 3 years for Bitcoin to reach new highs again.

The longest it’s ever taken is 38 months.

The average time between peaks is 25 months. That points to December 2023 as the first time Bitcoin could trade above $69,000.

Projection: The Next Bitcoin Peak

We based our projections on historical ranges and averages.

But since we have yet to establish the bottom of the current bitcoin crash, the range is wide…

Based on the historical returns, we project the following for Bitcoin’s next bull run:

Just bear in mind we have done a series of calculations and established some extensive ranges:

Our target projections are the average of each range.

The Problem With Our Projection

We are only in the midst of Bitcoin’s 5th crash. The data we have is from the first five bull runs, and four crashes.

Comparatively, those projecting S&P 500 returns, have over 100 years’ worth of data and 30+ bull/bear markets to go off of.

With Bitcoin’s relatively small data set and the world changing so much, it’s difficult to gain say anything with much certainty.

Any event could be an outlier and fall outside the established data range.

But with a small data set, it’s impossible to know if any or all of the data we have is from outlier events.

In the end, we can only go on what we have.

As always, this is not a buy or sell recommendation. Please remember both trading and investing are risky … But so is holding on to cash.

You and only you can manage the risk you take.

Thanks for reading! And happy trading!