Beneath the surface, 52% of stocks advanced, while 43% declined.

The sectors were just as divided, 7 closed green while 4 closed red. Every sector except Energy (XLE) ended within 1% of its previous close.

With that recap, let’s get to the big stories of the day…

AMC (AMC^) held its earnings call after the close bell on Thursday. Its revenue soared, and its losses narrowed.

But that’s a side note at best now…

Shares of AMC fell as much as 11% in after-hours trading.

Our take: The move is strange but is driving a lot of media hype.

This might be a sneaky way to perform a stock split, but the whole thing wreaks of dilution.

Current shareholders should not take comfort in the move. The risk to any investment in AMC is now greater than ever.

No risk … no reward. Be careful.

Following the board’s recommendations, shareholders approved the 3-to-1 stock split and rejected “proposals focused on environment and governance,” according to a Reuters report.

The final tally of the votes on all proposals is expected next week. We’ll keep you posted.

A few other notable headlines…

A pullback is due.

The S&P 500 is at a critical resistance level, as you can see on the chart below… 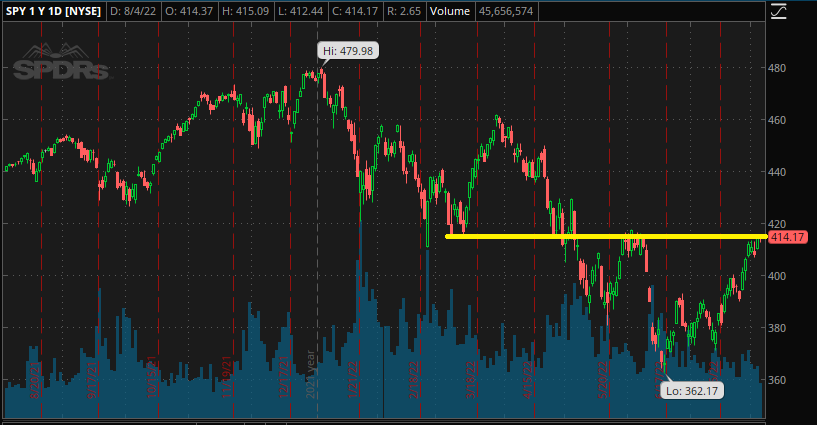 RSI levels for 3 of 4 major indexes are signaling overbought conditions.

Based on those two factors, a short-term slow down is in order. But we expect markets to continue with the bullish trend in the long term.

The next two big events the markets will be reacting to are: