All four indexes fell and not a single sector ended the day in the green …. But that’s where the bear’s strength ends.

Declining stocks outnumbered advancing stocks but not by much. Despite the weakness in the indexes 39% of stocks managed to close the day higher.

As earning season rolls on we are seeing strong demand in certain areas of the economy.

We heard from three of the twelve Fed Presidents yesterday…

Each hinted that the Fed is likely to remain hawkish in the near term. And a quick pivot toward easing interest rates is unlikely.

The crypto market is showing signs of strength this week.

Based on our analysis of the timing of previous bull and bear cycles in the crypto space we believe the bottom is in.

The VIX held below the key level of 25 yesterday. 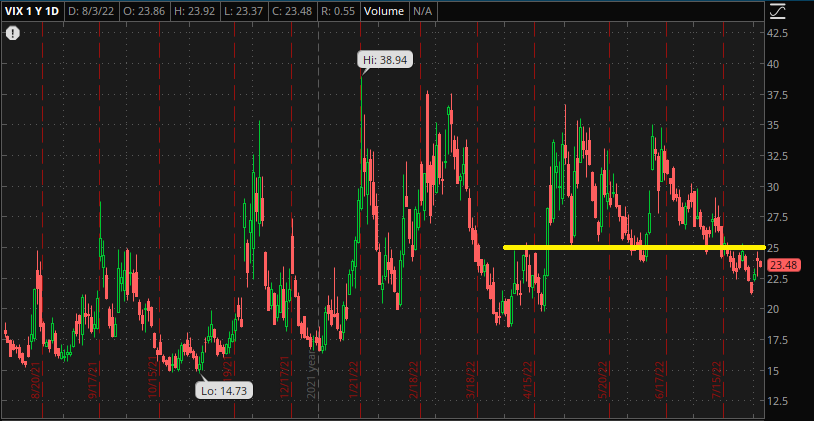 While the major indexes do face some overhead resistance the bullish trend remains intact.

This morning futures are on the rise and our other indicators are neutral.

Demand for labor has also remained extremely strong despite the economic headwinds.

This week we’ll get a deeper look at the employment situation in the US.

Keep a close eye on: