Markets soared yesterday. It was all buying all day.

The S&P 500 posted a 4th day of gains, tying its longest win streak of the year. 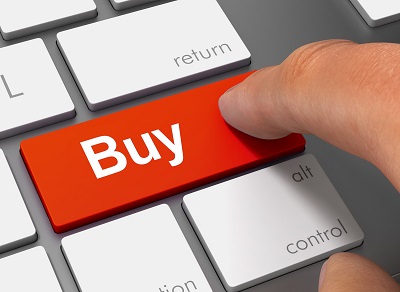 Energy was the leading sector followed by Consumer Discretionary and Technology. Utilities was the only sector to close in the red.

Our nuclear stock picks, UEC, NXE, & UUUU rose nearly 10% each on news that the EU has added nuclear energy to its “list of sustainable activities.”

But those gains might be short-lived … After hours Gamstop announced it was laying off staff and changing its CFO.

Shares of GME are down about 7% premarket.

Today was supposed to be the long-anticipated vote on the Spirit Airlines (SAVE) / Frontier (ULCC) merger. But according to a press release Spirit has delayed the vote another week.

Elon Musk’s plans to buy Twitter (TWTR^) are in “serious jeopardy” according to a report from the Washington Post.

Twitter executives and Musk have been publicly debating the number of spam accounts on the platform since Musk’s offer was accepted in early April.

The global cryptocurrency market cap rose above $1 trillion yesterday as Bitcoin^ climbed off of support at $20,000.

After pushing through critical resistance at $380 the SPY still faces a lot of overhead resistance. 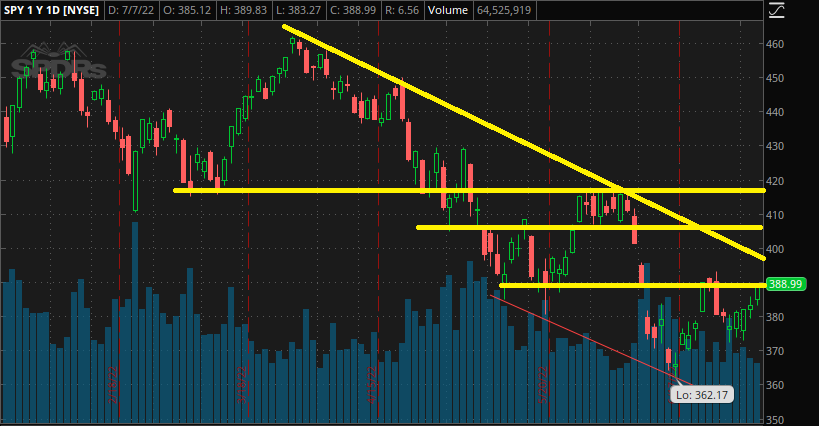 This morning the full Employment Situation Report will drop at 8:30.

Next week is the first full week of trading in Q3. And there’s a decent amount of action expected…