Major indexes were flat before the 2 p.m. release of June’s FOMC minutes.

After the droppped, stocks rose modestly with the big three gaining between 0.2% – 0.4% each.

The minutes contained no major surprises…

The Fed said “an increase of 50 or 75 basis points would likely be appropriate at the next meeting” which is scheduled for the end of July.

Yesterday wasn’t all green though.

Sectors were split with 7 of 11 rising. Utilities and Technology were the top performers while Energy was the worst, falling for a third consecutive day. 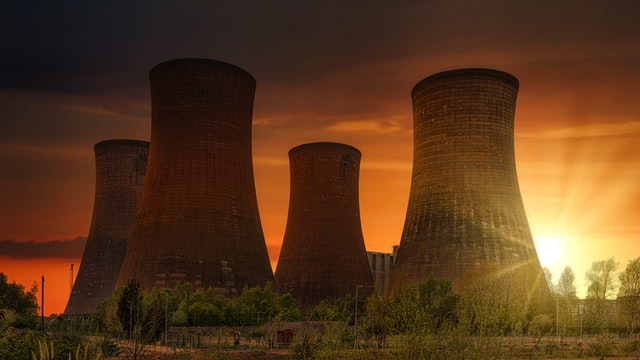 Photo by Johannes Plenio from Pexels

Across the pond, EU lawmakers “voted to include natural gas and nuclear in the list of sustainable activities.”

Next door in the UK the Wall Street Journal is reporting that Prime Minister Boris Johnson is out.

According to the report, Johnson will resign today “following a wide-scale rebellion in his party.”

On a final note, Gamestop (GME^) has finalized plans for its stock split. According to an SEC filing, the 4-to-1 split will take effect on July 22.

The S&P 500 has been green for three straight days. Notably, each day buyers have pushed the SPY back above a critical resistance level at 380. 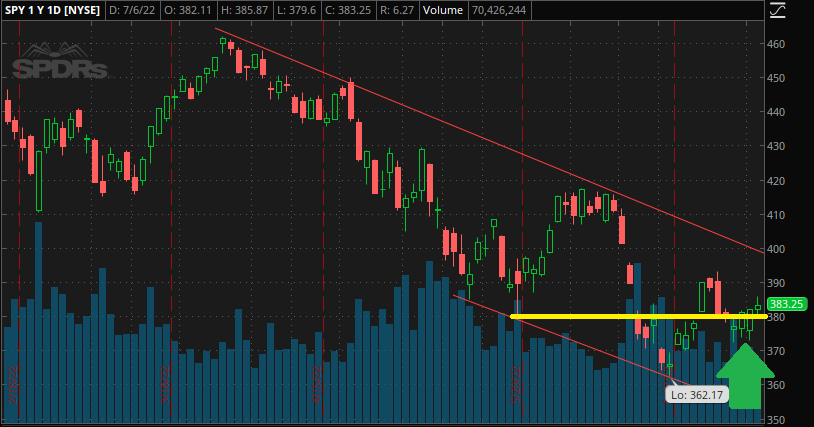 There are no additional clues from the other indicators…

This morning the latest unemployment filing numbers drop at 8:30.

Tomorrow we’ll get a look at the big picture with the full Employment Situation Report from the U.S Bureau of Labor Statics.

So far this year, despite all the recession fears, the job market has remained incredibly strong.

As long as that holds true my hopes for a big Q4 rally remain intact.