The market went on a ride yesterday. After gapping down about 2% at the open 3 of 4 major indexes closed the day in positive territory.

Leading the way higher was the Nasdaq. After turning positive mid-day it charged ahead for a gain of 1.7%.

Under the surface, the picture wasn’t as pretty…

Only 3 of 11 sectors also finished green. 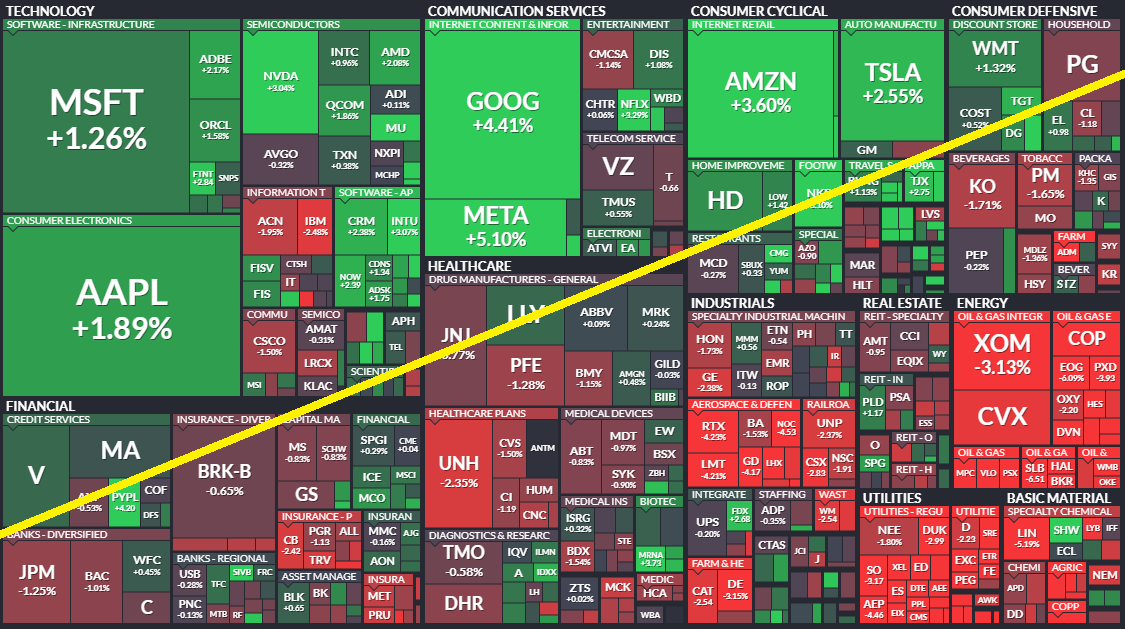 You can see the clear divide with riskier sectors, Technology, Communications, and Consumer Discretionary advancing…

The Energy sector was the day’s big loser … Commodities fell too.

But for risk-on stocks, the mood was remarkably positive. The divide between advanced and decliners was even.

The buying was focused on growth plays…

The 2-year bond settled just above the 10-year. This is known as an “inversion.”

Yesterday’s inversion is the second one of the year. The first was on April 5.

Click here to read our opinion on the inversion. We stand by what we wrote in April.

The other signal we’re watching is commodity prices. They’re falling.

We’ve got some perspective for you up next…

The price of copper does reflect slowing demand.

Slowing demand can cause recessions.

But the most significant economic driver right now is The Fed.

Today’s headlines will likely be dominated by the FOMC minutes. Those are set for release at 2 p.m.

Don’t try to read them in real-time … Just watch how the market reacts.

We’ll have a summary for you in the morning.