Yesterday markets opened on a weak note, with good reason too.

Let’s cut through the crap … Recessions are more complicated than a single number. And by the time a recession is officially declared, it’s often over.

Photo by MART PRODUCTION from Pexels

Plus, the stock market is forward-looking … And the market has already priced in a recession.

Just bear in mind the situation in 2008 was much worse than the current economy.

All four indexes rallied more than 1% each by the end of the day.

10 of 11 sectors ended the day with gains. Real Estate (XLRE) and Utilities (XLU) led with gains of more than 3.5% each.

The lone red sector was Communications (XLC) which was dragged down by Meta Platforms (META).

From Washington With Love

Investors were keeping close tabs on the Senate as new developments rippled through the market. 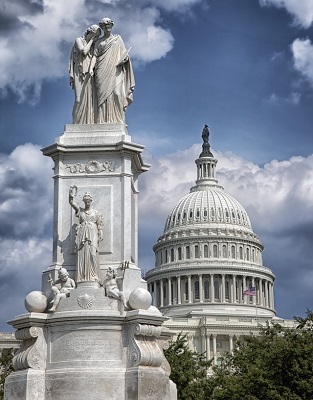 Amazon’s (AMZN) stock is up more than 12% in premarket trading.

The market is nearing overbought conditions, as shown on the chart below. 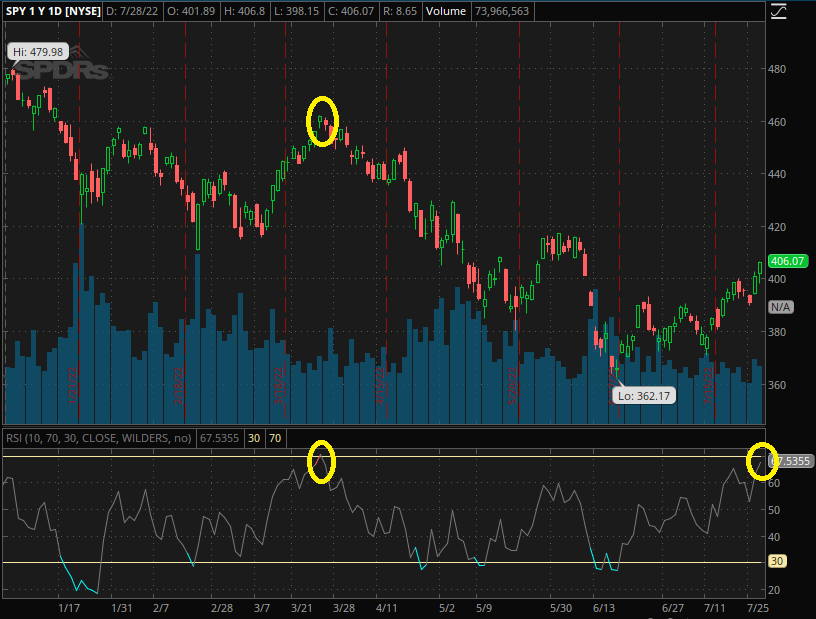 March was the last time we saw this much strength in the RSI levels.

Based on all these readings, a small pullback is in order. We just can’t say when it will happen.

August is not a particularly great month for stocks. In midterm years the average return for the market is negative.

We’ll have an August outlook for you on Monday.

Have a great weekend!