It was hard to find a loser yesterday.

The market opened up higher after getting better than expected durable goods orders.

Earnings For the Bulls

On a big earnings day, buyers pushed select stocks higher. Some notable winners from yesterday include:

The major indexes were trading at their highs when The Fed announced a 75 basis point rate hike yesterday afternoon.

The market digested the news and pushed higher into the close.

The closing numbers were big too…

Photo by Joe Cavaretta from the Sun Sentinal

But talks between Spirit and Jetblue (JBLU) continue…

The Wall Street Journal reported the two airlines are nearing a deal that could be announced as soon as today.

After a breakout in a bull market, resistance typically becomes support. 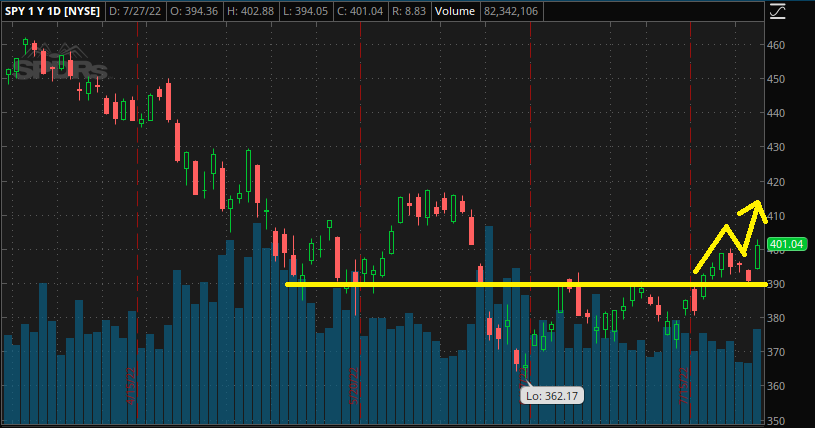 It’s a textbook breakout with a support test and a move higher. It doesn’t get much prettier than that!

In our opinion, the market is clearly pointing higher.

The VIX maintains its bullish stance below 25.

But the Put-to-call ratio is oversold this morning. So more traders are betting against the current rally than are betting on it.

But we’ll continue to monitor all these levels closely.

At 8:30 this morning, The Bureau of Economic Analysis will release the preliminary Q2 GDP numbers.

Don’t get hung up on the headlines this morning. Watch to see how the market reacts.

I’ll leave with a few more words from Fed Chair Powell … “take first GDP reports with a grain of salt.”