On Friday, the markets ended the week on a down note … The Nasdaq shed nearly 2% (but gained 2.5% on the week) as social media stocks tumbled.

Generally, It was still a positive week for stocks. But not all…

The social media platform shed $10 billion in market cap and dragged the rest of the sectors down.

Russia and Ukraine have agreed to a deal that will allow Ukraine to begin exporting wheat and other grains again.

Ukraine was among the world’s top wheat exporters before the war that began five months ago yesterday.

But the deal is fragile …

The thing you always need to remember about resistance is once broken, it often becomes support.

The S&P 500 broke through a key level of resistance last week. We now look for that level to hold as support… 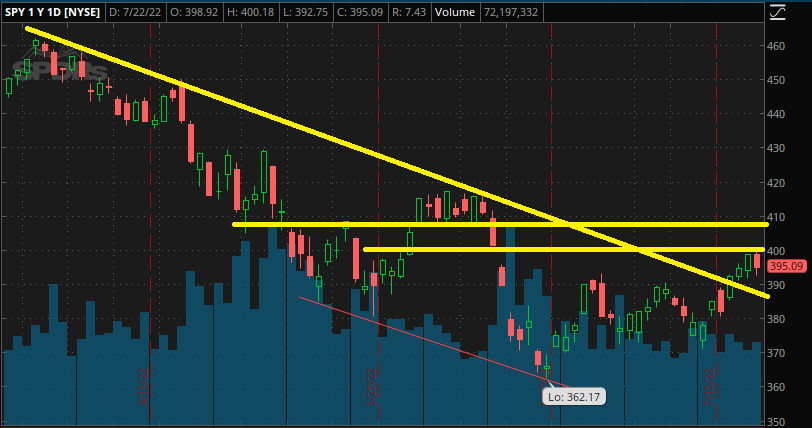 The issue the market still faces … There’s still a lot of overhead resistance to get through.

We’ve drawn the next two resistance levels the S&P 500 faces on the chart.

It’s the last week of July. And it’s packed full of earnings and big economic reports.