The European Central Bank (ECB) surprised the markets with a 0.5% boost to its lending rate.

And new unemployment claims jumped to a new 8-month high with 251,000 filings. 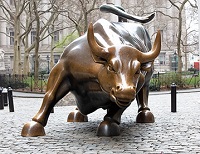 But by the end of the day, the bulls showed more resilience and more strength … All the indexes closed in the green for the second day in a row.

It was a busy day in the news cycle, so let’s hit the headlines…

The SEC charged three people with connections to Coinbase (COIN) with insider trading. 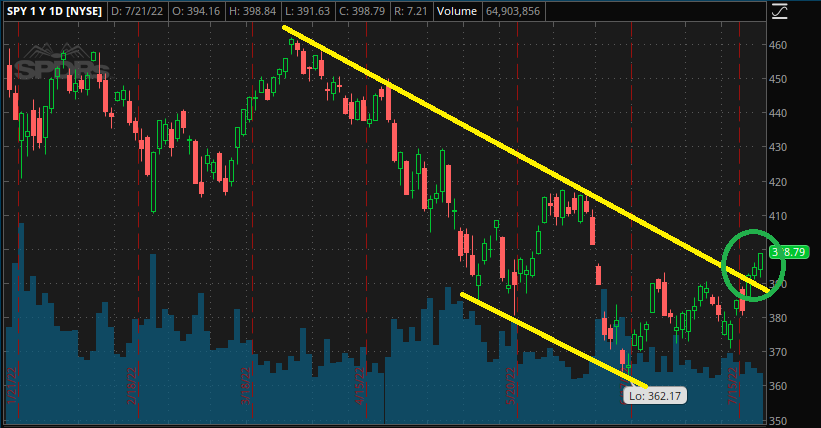 The downtrending channel that it’s been stuck in since late March has been broken.

On to the VIX… 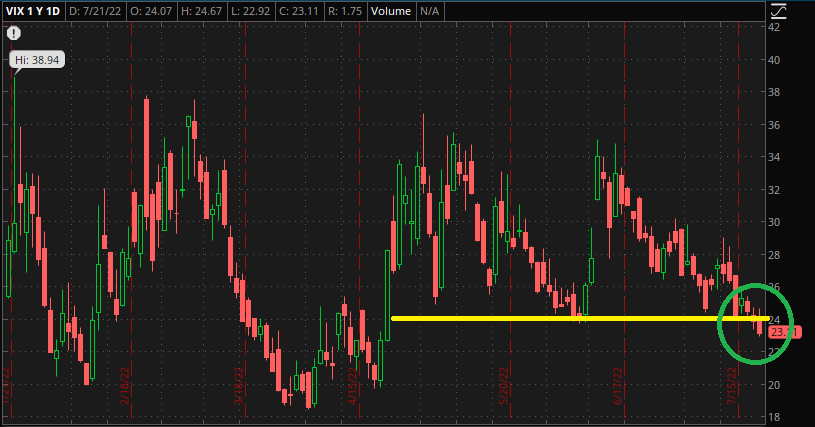 The VIX closed at its lowest level since mid-April.

Next week will be busy for both earning and macro news…

We will have an overview for you on Monday morning.