Yesterday was another day of gains, especially for the “risk on” areas of the market.

Overnight the flow of natural gas from Russia to the EU resumed.

The flow stopped for 10 days as part of scheduled maintenance on the pipeline.

The news sent oil futures lower, at writing crude is trading near $96 per barrel, a decline of more than 6% from yesterday’s close.

The Utilities sector was the worst performer for a second day.

Generally, this is what we expect to find in a bull market. The “risk on” sectors are at the top, and the safer, lower volatility sectors at the bottom.

Tesla’s (TSLA^) stock is up 2.6% this morning after its earnings call last night.

The VIX is continuing its meltdown. And that’s a good thing… 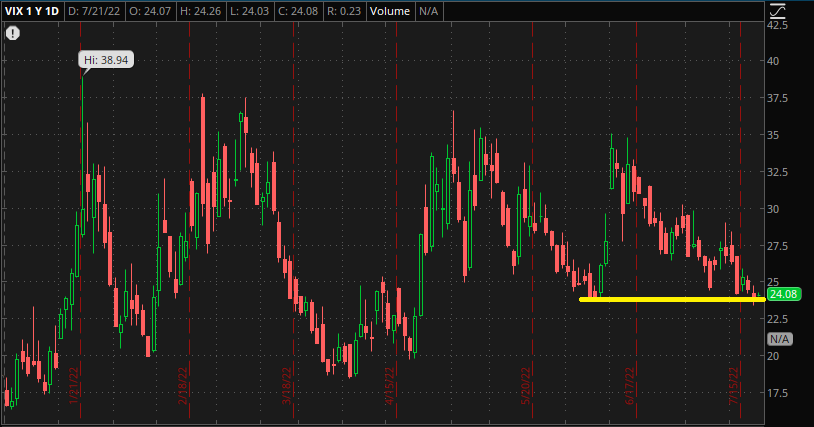 The volatility gauge reached its lowest level since late April. It’s clear, at this moment, the bulls are at the helm.

While we understand that anything is possible … Our belief is that the bottom of 2022 is in.

Snap (SNAP^) reports earnings after the closing bell today. This metaverse play is worth keeping an eye on.