Yesterday, buyers couldn’t find a price they didn’t like. More than 80% of stocks closed the day higher.

Photo by Brett Sayles from Pexels

The day’s leading sector … INDUSTRIALS! —More on this in the Technicals section below.

The popular show “Stranger Things” is likely a big driver. The release of the final 2 episodes earlier this month caused the company’s server to crash.

On a final note, Bitcoin^ is above $23,000 this morning. It’s trading at its highest level in more than a month.

With industrial leading the way, it’s worth a quick glance at their chart. 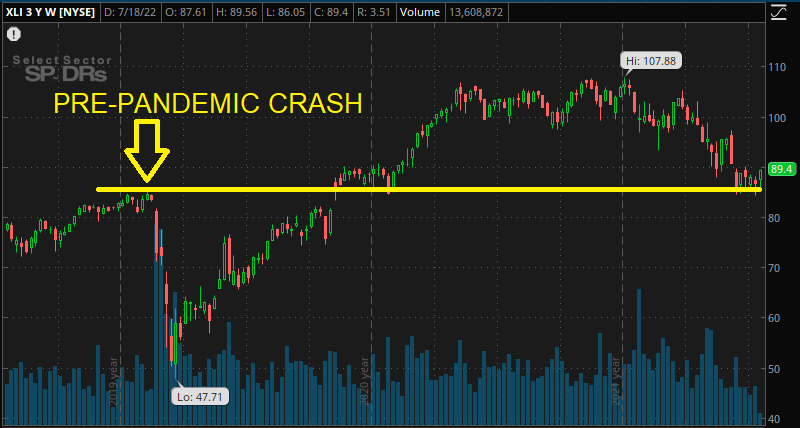 Industrials are typically a boring sector with low volatility.

It’s been trading at 2019 levels since mid-June. The surge higher is signaling buyers are ready to buy.

Tesla (TSLA^) reports earnings after the closing bell today. Will have eyes—Anything can happen!

** In earlier reports, we erroneously stated that the FOMC meeting concludes with a rate hike announcement on Thursday, July 28. We regret the error.