Yesterday markets opened higher and held their gains into the afternoon.

But as lunchtime ended, the indexes erased their gains. The divide between winners and losers was nearly 50/50 … But the large caps dragged the indexes down.

The three major indexes declined about ¾ percent each.

Want a reason? Take your pick…

The sectors closed mixed … But you can find bright spots in there: 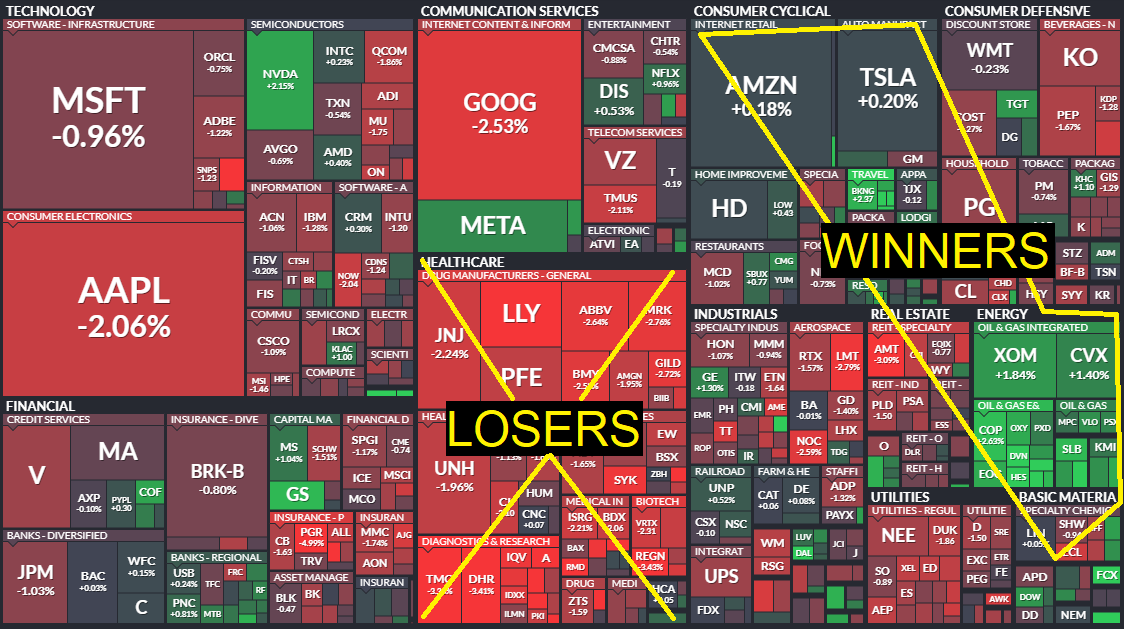 The real story came from the tape. Check out the chart below…

We drew the top line in JUNE!

This is why we track support and resistance levels… 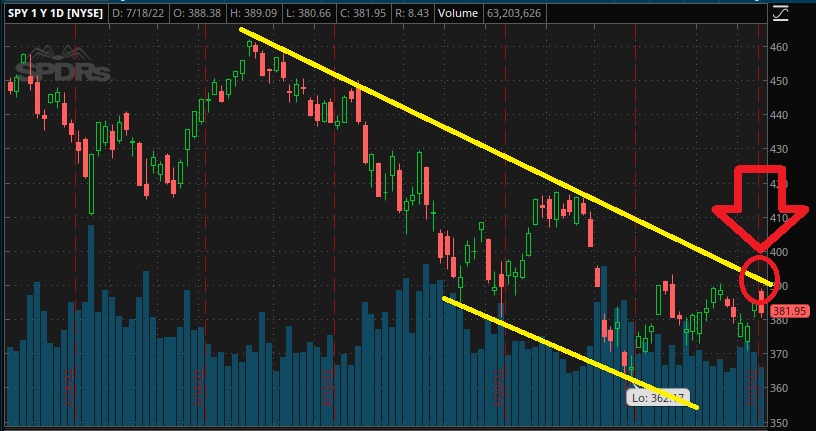 Markets gapped up to resistance and got firmly rejected. The close was at the bottom of a deep red candle.

Why did the market close red? ***It bounced off of resistance.***

This is a TEXTBOOK rejection of higher prices at the exact spot we expected.