Energy was the worst-performing sector. It was dragged down by the price of crude oil which fell 8% intraday to $95.48 a barrel.

A notable bright spot came from the meme stocks…

This morning all eyes will be on the CPI report which is due out at 8:30 A.M.

This morning I’m not focused on the headlines … I’ll be watching the market’s reaction.

Bitcoin has traded below the critical level of $20,000 level for the past 24 hours.

The failure of 3AC is another stress test for the industry … Bitcoin’s resilience at $20K is a bullish indicator.

Look at the chart … The market is in a downtrend. 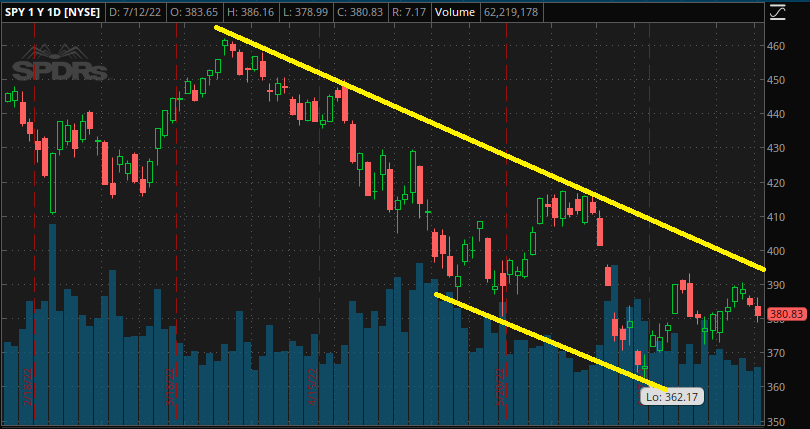 Other indicators are neutral this morning.

The market is preparing for the CPI data … Which will drive the price action today.

Friday is July’s option expiration. That tends to bring extra volatility to the market…