On Friday, markets ended the week on a low note. The Nasdaq fell 2.5% dragging all indexes into negative territory for the week.

The energy sector was the only sector to finish the day in the green.

The big three indexes gave up about 1% each on the week. But let’s keep things in perspective … Each gained 6–7% the week prior.

One of Friday’s most notable losers was Tesla (TSLA^) which fell nearly 10% after Reuter’s reported that CEO Elon Musk sent an internal email stating he had a “‘super bad feeling’ about the economy and needs to cut about 10% of salaried staff.”

In a clarifying email, Musk stated that “hourly [employee] headcount will increase.” So the companies manufacturing capabilities don’t appear to be threatened.

Across the pond, as the Queen’s party came to a close Prime Minister Boris Johnson is facing a vote of “confidence” as soon as today. If the vote goes against him that it will be the beginning of the end of his PM term.

Johnson has been roiled in scandal after news broke of his 16 parties that were held at the PM’s Downing St office and residence during the COVID-19 government-imposed lockdown.

We have two charts to show you today… 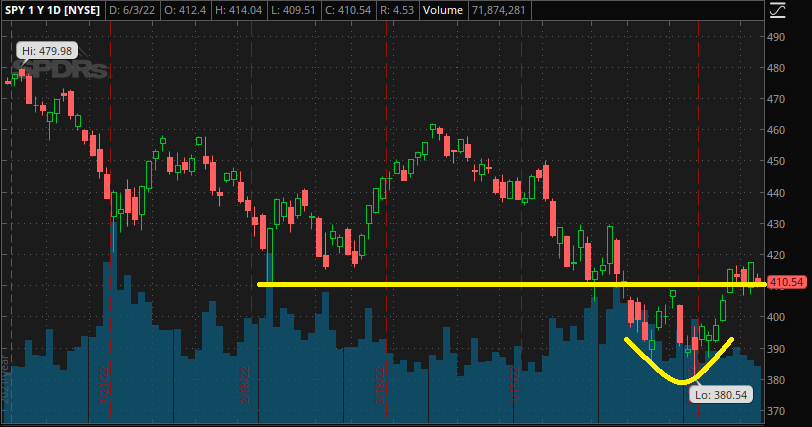 Despite Friday’s weak performance, you can see that markets held a critical support level. And the general trend of the market is since late February is sideways.

This signal is neutral. 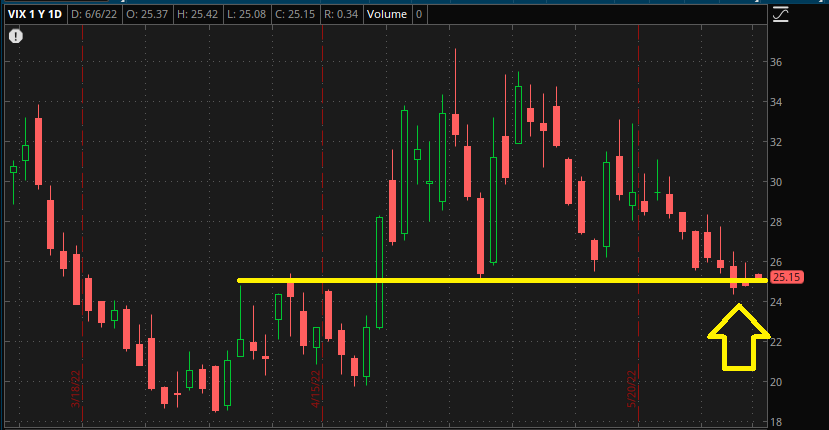 The volatility measure closed below 25, a level not seen for six weeks, for two consecutive days. This favors the bulls.

It’s still summer, so sideways action can be expected to continue.

June has a poor history of bullish sentiment as we reported last week.

The latest inflation data is due out this Friday with the CPI report.