Friday, the markets posted a solid green day to close out the short week.

All four major indexes rocketed higher and climbed steadily throughout the trading session to close at their highs.

All 11 sectors gained ground. Materials led rising 4.0% while Energy underperformed with a 1.3% increase.

You can find specs of red if you look hard enough, but with 75% of stocks advancing it was a clear win for the bulls. 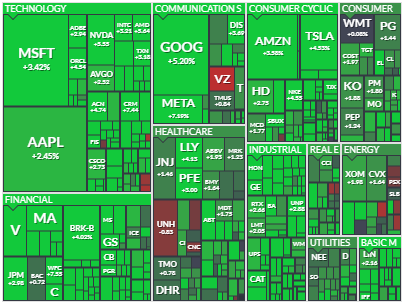 On Friday, while all eyes were on new gun control measures and debating the Roe V Wade reversal the House Committee on Financial Services released its findings on the “meme stock market event” investigation stemming from the January 2021 chaos.

Yes after studying the event for a year and a half, they think it’s time for someone else to take a turn…

The closely watch Survey of Consumers released by the Univ of Mich said that consumer sentiment is at “the lowest reading on record.”

Overseas Russia may have defaulted on its debt for the first time since 1918. Reuters reported that some debt holders have not received overdue interest payments.

The default has been described as “largely symbolic” and was expected.

On crypto watch, Bitcoin^ maintained the critical $20,000 level over the weekend.

The global crypto market cap is back above $1 trillion this morning for the first time in about 2 weeks.

The markets smashed through recent resistance and broke out from their most recent base. This event is marked with a green arrow.

But the falling level of resistance, marked with the red arrow, could present a new challenge in the near future. 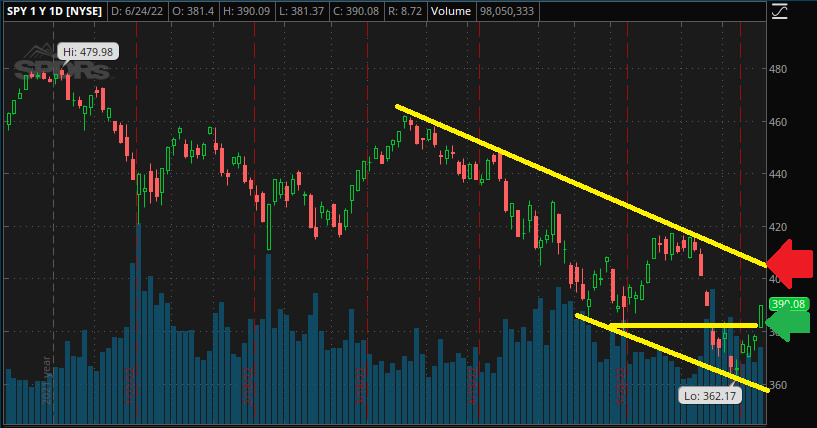 Most indicators are neutral and the VIX is on the decline.

Ultimately there is nothing stopping the bulls, but we don’t see a lot of wind in their sails.

Single-day 3% gains are not typical of bull markets.

Futures are up again this morning.

This week will end Q2 and start Q3.

July could be a pivotal month. It’s the first month of Q3.