Yesterday stocks rallied broadly from oversold conditions. The Russell 2000 lagged with a gain of just 1.7% while the big three indexes all posted gains of more than 2%.

The Energy sector gained more than 5% after entering a bear market last week.

While the Communication sector was the day’s worst performer.

Food giant Kellogg (K) surged as much as 8% in early trading on news that it would break apart into 3 separate publicly traded companies. Shares settled with a gain of just 2%.

Spirit Airlines (SAVE) gained about 8% after JetBlue Airways (JBLU) increased its offer to purchase the airline. Spirit has previously agreed to merge with Frontier Group (ULCC) but that deal has not been finalized.

Spirit is weighing Jetblue’s new offer of $33.50 per share. That’s a 68% premium over Frontier’s proposal. 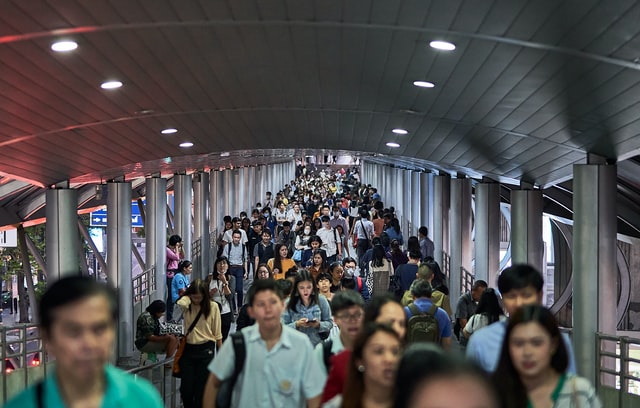 Photo by Norbert Braun on Unsplash

The merger battle comes as the “Airports Around the World Battle Long Lines, Canceled Flights” as reported by the Wall Street Journal.

Tesla (TSLA^) gained over 9% after CEO Elon Musk said “Demand for our cars is extremely high and the wait-list is long” while speaking at a Qatar Economic Forum.

On crypto watch, Bitcoin is fighting to hold on to the $20,000 level this morning.

Pay special attention to the VIX as it has refused to break down below 30 and is inching up towards 35 this morning. 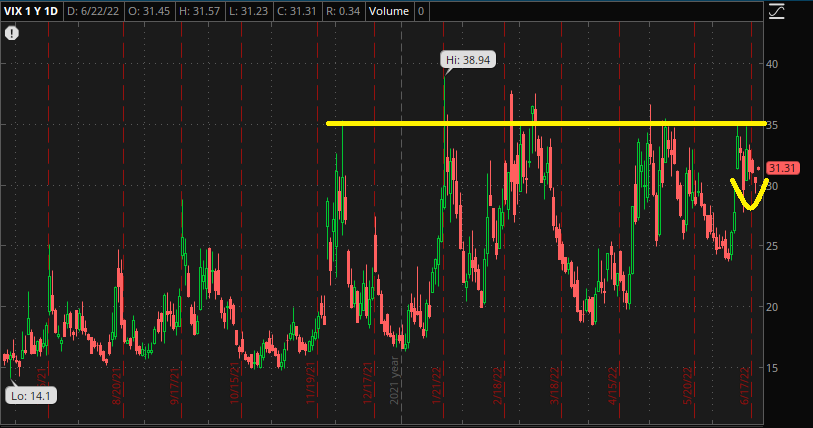 A breakthrough 35 could set off a new round of panic selling.

Futures are down more than 1% this morning.

When indicators are neutral the market typically follows the path of least resistance—Right now that’s down.

It’s a bear market you know.

I’m not expecting much in Q3 at this moment either.

In midterm years the Q4 rally is typically extremely powerful.

Right now the aim is to survive long enough to enjoy that rally.