Friday markets ended a red week with a mixed close. The Nasdaq rallied 1.4% while the Dow closed down just 0.1%.

Communication, Consumer Discretionary, and Technology sectors all gained more than 1%.

But the Energy sector, as tracked by XLE, dropped more than 5% and entered a bear market closing the day down more than 20% from the high set on June 8.

The energy sector has been the year’s top performer, gaining more than 65% YTD before the drop.

On a related note, the Federal government recently announced “new steps … to build out … [a] network of 500,000 electric vehicle (EV) chargers along America’s highways.” As part of the bipartisan infrastructure bill, it has committed “$7.5 billion for EV charging infrastructure.” 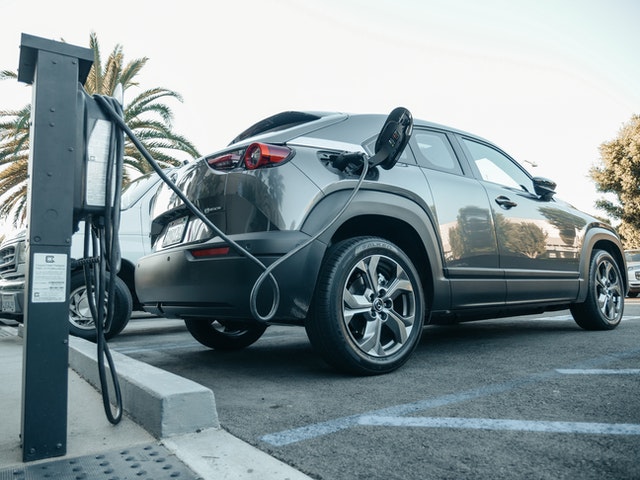 Photo by Kindel Media from Pexels

In Texas, lawmakers revealed a plan to spend “$408 million in federal funds” building EV charges “every 50 miles” according to a report from the Texas Tribune.

EV charger stocks to watch include:

Meta (META) CEO Mark Zuckerburg talked to reporters last week about his company’s $10 billion investment into metaverse technology. The company noted that “it will likely take 10-15 years before its investments fully pay off.”

The Gap (GPS) will enter the metaverse with “a purchase-free experience” on Roblox (RBLX^).

The Gap is joining brands that include Nike (NKE), Gucci, Forever 21, and Victoria’s Secret (VSCO) with digital offerings inside the metaverse.

In crypto land, Bitcoin dropped below $20,000 over the weekend for the first time since 2020. At writing, it reclaimed that critical support level and is trading above $21,000.

Proshares, which already has a bullish bitcoin ETF (BITO) has announced a new ETF betting against bitcoin that is set to begin trading today under ticker BITI today.

On a final note, someone paid over $19 million to have lunch with 91-year-old billionaire Warren Buffett. This is said to be his final charity auction.

On Friday, the put-to-call ratio closed oversold for the 7th consecutive day. RSI levels for the major indexes ended in oversold territory too.

But the VIX has been unable to break through resistance at 35. Indicating that the downside potential right now is limited. 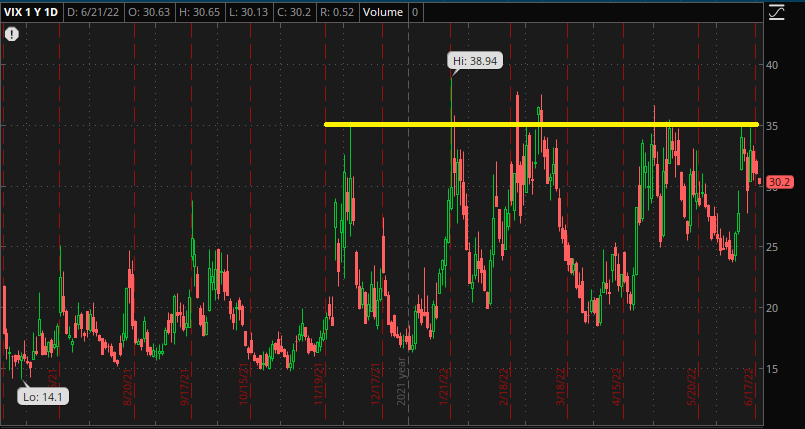 I believe there’s a strong possibility of a bounce from oversold conditions this week.

The end of June is traditionally a weak period for stocks.

Since 1990, the week after triple witching averages a 1.1% decline for the Dow.