The market freefall continued yesterday, the Nasdaq and Russell 2000 lost nearly 5% each.

The S&P 500 dropped almost 4% to officially enter a bear market.

Energy was the worst-performing sector as some actual economic slowdown began to get priced in.

New COVID outbreaks in China are threatening to put the nation back in lockdown.

But the main driver of the fear comes from the FOMC meeting that starts today.

A slew of forecasts and articles came out yesterday afternoon saying the same thing … The Fed could hike interest rates by 75 basis points, instead of the 50 that’s been priced in.

More on that in the timing section. 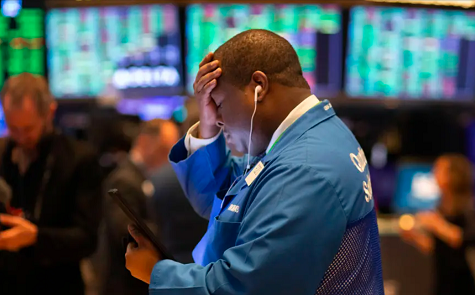 Markets closed at their lows as the professionals began to panic.

The day was worst for crypto

Bitcoin^ is down about 30% over the past week.

And several crypto networks paused withdrawals yesterday in the midst of panic-like selling.

The global cryptocurrency market cap dropped under $1 trillion for the first time since January 2021.

For the stock market, I suspect the bottom is near if not already in … Let me show you why… 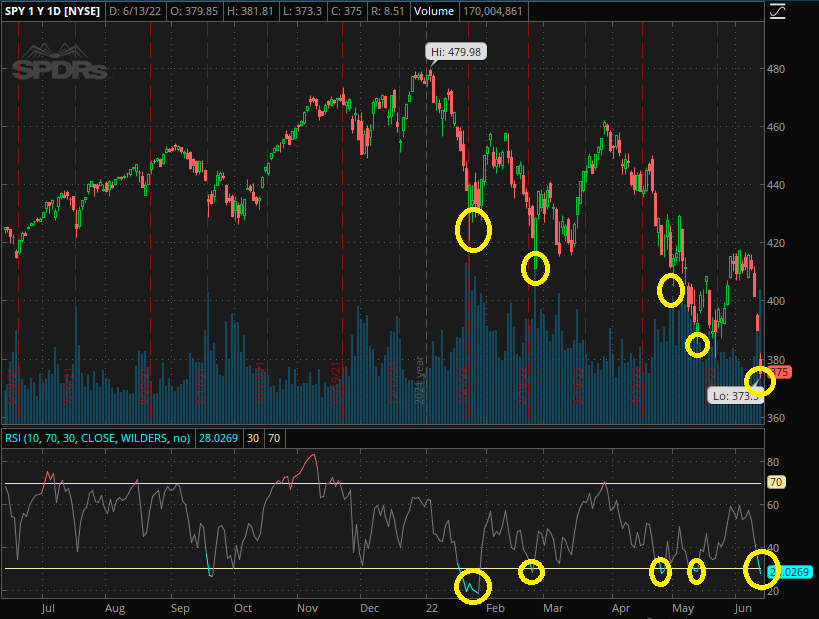 Every time we reach these oversold levels the market bounces back.

And sure, the VIX exploded higher but reached resistance… 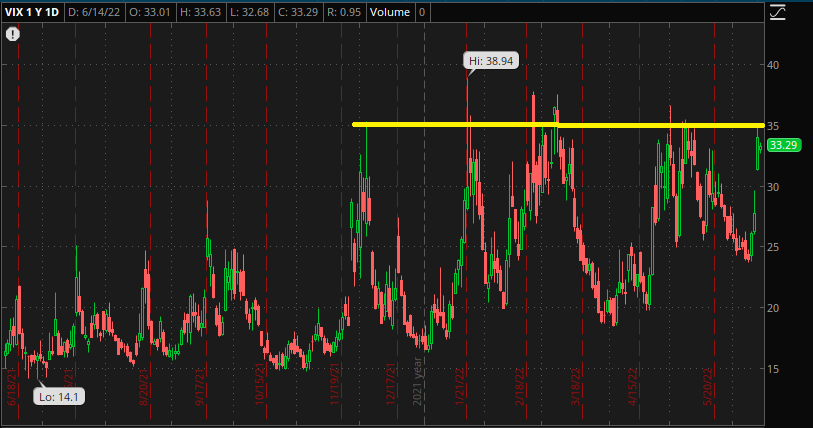 The put-to-call ratio remained extremely oversold … But once again, the levels are unsustainable…

This last chart tells the story I want to share…

The number of stocks below their 200-day moving average is at a level rarely seen and never maintained.

Over the past 20 years, this is only the 5th time we’ve seen this level of panic.

And every time we hit the bottom the market snaps back higher.

Anything can happen. And not I’m saying we can’t go lower … But the rubber band can only stretch so far. And further downside from here is limited.

Let’s talk about the Fed.

Today the Fed kicks off its two-day FOMC meeting.

The financial media is stoking fear…

But the Fed tries to maintain a calm and predictable posture.

The last FOMC was in May. The effect of that rate hike is just beginning to be felt.

The poor CPI numbers are also from May … Policy takes time to effect change.

Plus the Fed’s preferred inflation gauge is showing signs of easing inflation.

I believe the most likely outcome is a 50-point hike.

I’ll leave you with a final fact … The Market Loves Powell!