Markets closed in the green across the board yesterday. The Dow Jones was the leader with a gain of 2%.

The energy sector came in second.

After the bell, Zoom Communications (ZM) announced better than expected earnings. Shares popped over 20% in the immediate aftermath. This morning they remain in positive territory up about 6%.

The Wall Street Journal reported that the average age of vehicles on U.S. roads is 12.2 years. That’s a new record.

Chip shortages caused supply issues and demand has remained high. The market forces have priced many would-be buyers out, forcing them to keep driving older vehicles.

The put-to-call ratio remains oversold, although now it’s just barely over the line as opposed to the extreme levels the market reached the past two days.

The VIX is holding below 35 still. 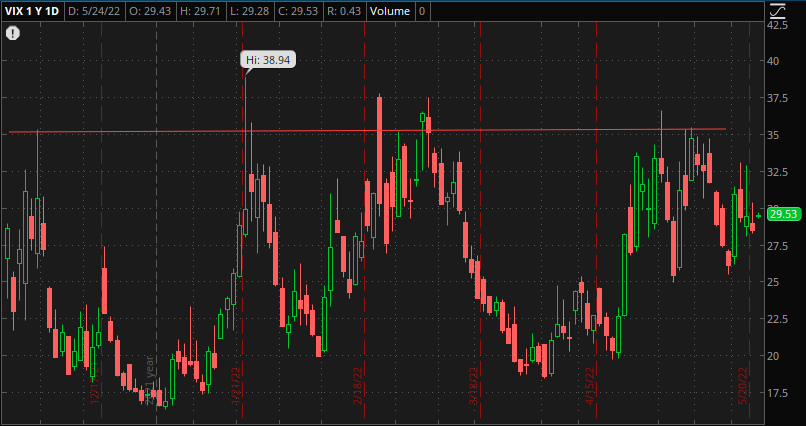 The technical picture remains mixed. I suspect the market will continue to move sideways in a choppy fashion for the foreseeable future.

Futures are down this morning, stocks look ready to give up yesterday’s gains already.

It is the week before Memorial day. As summer unofficially begins expect more vacations and lower volume in the market.

I don’t believe the market can move much lower. But I’m still not convinced we’re ready for a strong rally either.

Sideways is the market’s third option.