Overall more stocks declined than advanced. But the pause in momentum was met with lower volatility.

The leading sector was energy again. The market is pricing in a full reopening of Shanghai. The city reported “three consecutive days with no new COVID-19 cases.”

Consumer discretionary was the weakest sector as investors see inflation as the biggest threat to the economy at the moment.

Warren Buffett’s Berkshire Hathaway has been buying stocks as the market falls. Notably, adding to its positions in Chevron (CVX) and Occidental Petroleum (OXY). The Wall Street Journal described the purchases as a “spending spree.”

Most indicators are neutral. The VIX broke its uptrend and now appears to be favoring the bulls. 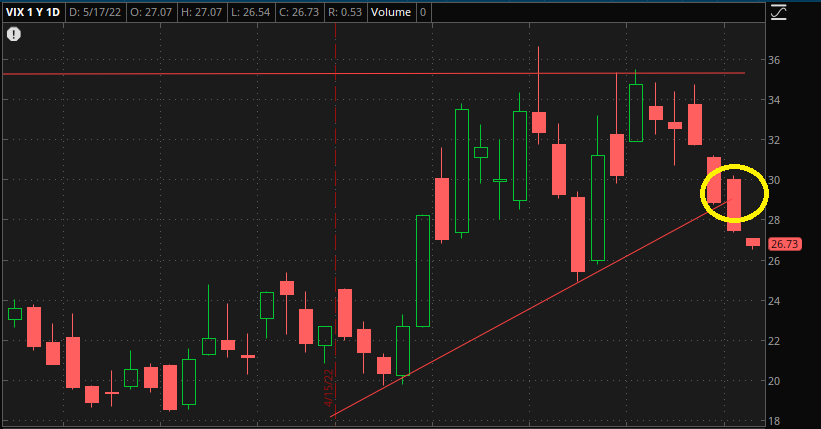 Futures are up this morning. A day of gains following yesterday’s breather is a sign of strength in the overall market.

It’s a slow week for economic data and reporting.

I believe the worst of the selling is behind us. But summer months are traditionally slower so I’m not betting on any huge rally.

The current market dip is a great buying opportunity in my opinion. So long has your hold time is several months long.