On Friday, the markets bounced up from extremely oversold conditions. The tech-heavy Nasdaq led with a gain of 3.8%.

MarketWatch described the mood near the close as “panic-like buying.”

The best catalyst came from overseas where China is seeking to lift the lockdown restrictions in Shanghai. The latest report from Reuters points to a June 1 “return to normal.”

Most indicators are neutral. The VIX is still at a relatively high level, which favors the bears. 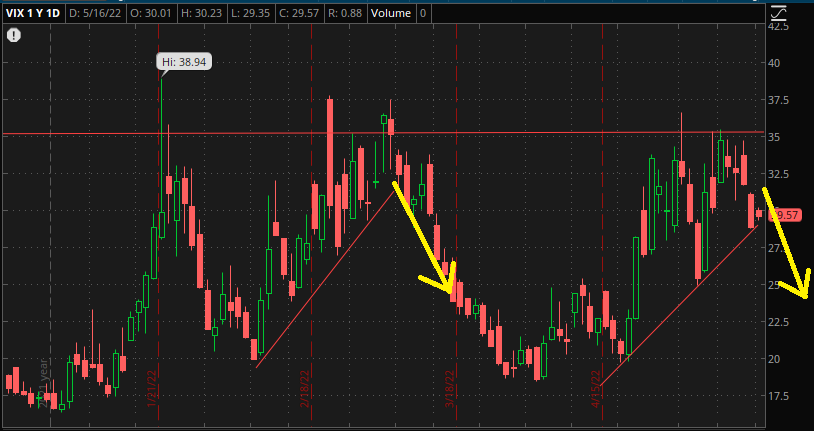 See all the most anticipated earnings listed here.

Options expiration is on Friday.

I believe we have reached the bottom. I’m a net buyer for the rest of the summer. My hold times are months long.